Doing the LED industry is like walking, the process is very difficult, but we will always reach a certain goal!

At the end of April, I joined Hami hiking with brother Qiu Hua at his invitation, but be sure to raise 13800 RMB, when I want to send to a circle of friends, my heart was beating. I am the same person with him who does not want to owe others. In the case of friends in the circle of friends, whether it is a friend who is usually familiar or a friend who adds a friend and does not know who it is, what if they don’t sponsor it? In case the crowdfunding is unsuccessful, there is no face.

Fortunately, Qiuhua has long known that I love the good tradition of the face. Directly transferred to 13800 RMB，I have a sigh of relief，If I am not successful, I will use this money to raise my own money. Fortunately, the moral character I have accumulated over the past 40 years, plus the help of my colleagues, they directly entered the amount in person, and finally spent a day to complete the crowdfunding. 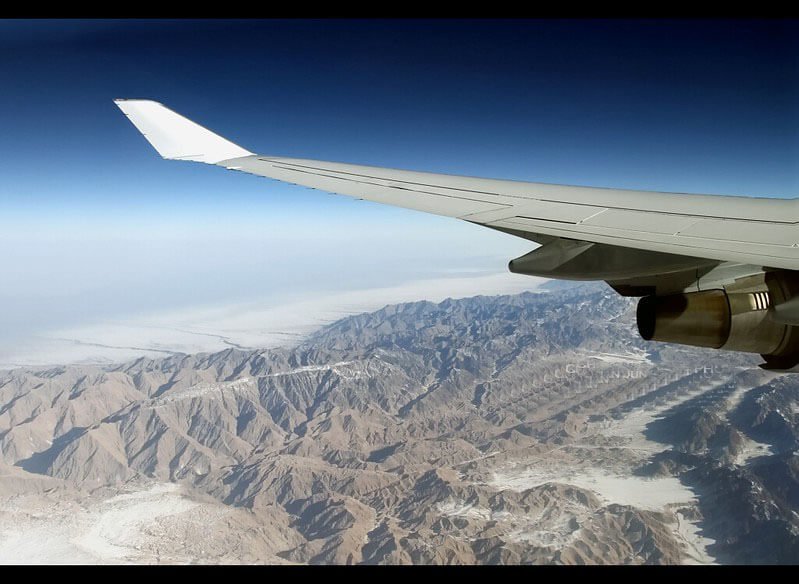 May 19-26, attending the exhibition in the USA, then going to Hami on the 26th, the friends who had been hiking together have already set off on the 24th, 26th is their first day, will be 38KM on foot.

There is no direct flight to Hami in Hong Kong. At 7 o’clock, it landed in Hong Kong and caught the first boat to Shekou. I took a taxi directly from Shekou to Shenzhen Airport and didn’t have time to go home. The original plan of 11:20 flight to Zhengzhou, Henan, and then transfer, you can go to Hami at 4 pm. I just happened to have heavy rain in Shenzhen.  I have already sat in the plane. I have been delayed for 30 minutes but don’t know when to take off. If I have been delayed for too long, I will not be able to get on or off a flight.

I explained the situation with the flight attendant, she asked me to wait another 30 minutes before deciding. I guess it is very difficult to have an accurate take-off time. I called the Hami teammate who was already on the hike and said that I didn’t go. Then I was ready to take my luggage and get off the plane. At this moment, the flight attendant said that I could take off. Set off!

At 10 p.m., I went to Hami alone. Although it was 10 p.m., Hami was just dark. Before coming here, some friends reminded me to pay attention to safety. Only then did I know that Hami’s law and order were very good. The driver who sent me said that there is no need to lock the door at home, and there will be no thieves on the street. The hotel stayed close to the night market street. I saw that the children were still playing in the square at 10 p.m. The aunts were still dancing in the square. I heard that beef tendons are famous. I didn’t eat late at night, but I tasted beef tendons, grilled corn, kebabs, roasted lamb loin, and Hami yogurt. Baked corn should be 8 yuan, it feels a little expensive, walk back to Shenzhen, weight is not reduced, I guess it is because this day to eat delicious things. 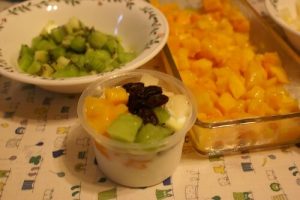 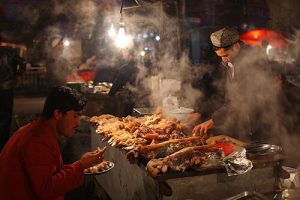 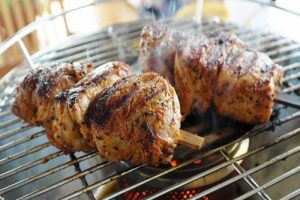 On the 27th, it was my first day of hiking, 30KM. The other teammates went 38 kilometers the day before. The following is still called athletes. The name of the athlete is called the bus driver. I think it is also very appropriate. Because we are going to exercise. Because of the jet lag, in the afternoon, my state is very bad, mainly because the ground is almost all uneven stones, some are sandstone, some are yellow sand. But I thought that the teammates of the same team had already gone 38KM the day before, still insisting, there is no retreat. 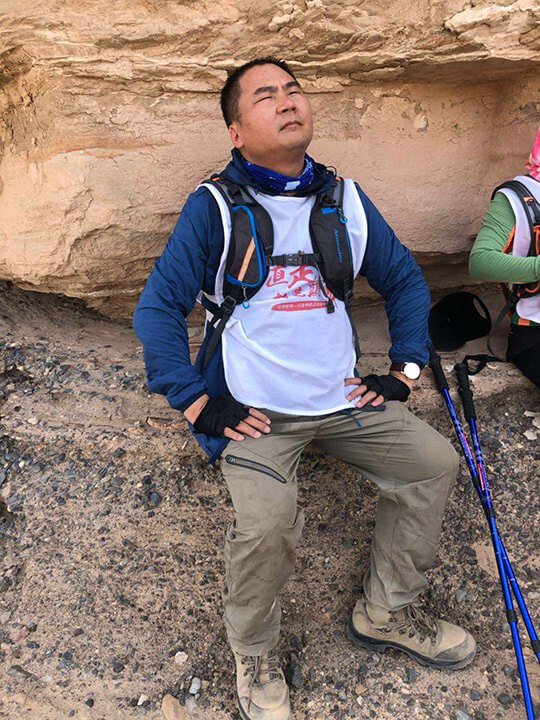 Especially Qiuhua brother, one year older than me, he is carrying mountaineering shackles in his hands, because the rugged sandstone on the road makes his feet often unstable. I saw that he sometimes relies on mountaineering to support the body. Very distressed, this rural man who is usually busy with work and entertainment, often stays up late and does not insist on 10,000 steps, Hunan Anhua simple rural man. This is the first time such a super-strength finish 4 days 108KM, I even suspected that he will not persist. 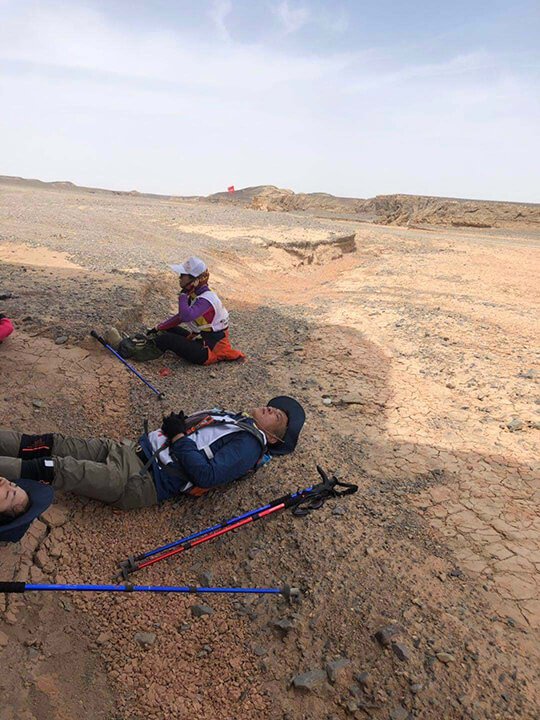 On the 28th, my next day, I was left behind in the morning, and I was panting. The yellow captain of our Jin Ge team was a young guy. I often urged me to hurry later. I didn’t care if I was older. I am still a company. The small department head, do not eat this set in the Gobi Desert, I can only endure, listen to the captain reprimand.

In the afternoon, because I have been left behind, a teammate proposed to let me flag, I don’t know where the power comes from, so I’m holding a team flag, just keep walking in front of the team until you reach the end, Our team reached the finish line with the first place on the same day. After coming back, I realized that a co-worker you don’t trust. If you give him responsibility and trust and take responsibility, he may be able to lead the team to complete the impossible goal. 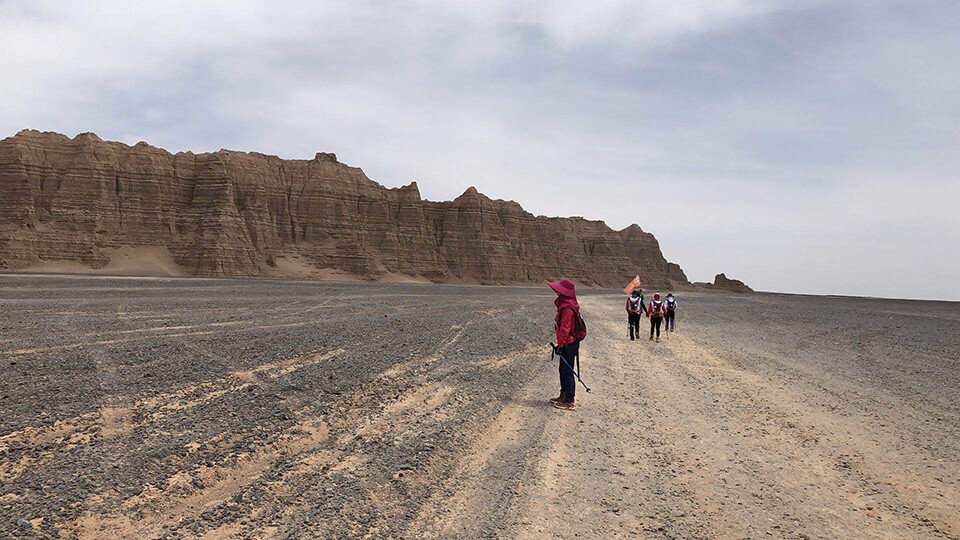 The 29th is the 4th and the last day. This day is a tough battle. We are facing unprecedented difficulties because our first day is the last one, but the second day is the first place. The main reason is that the team always goes into a line, don’t give up, don’t give up, no one is left behind, and finally, all 10 players reach the end together. This kind of success model has attracted the reference of peers, especially the victorious team. They have long had the belief that they will not take the first Gobitan. They not only learn the tactics of our team but also innovate. Use a rope to connect 10 players in series, so that each team member will not go wrong, and also tied 10 empty mineral water bottles on the rope, to avoid the hand holding the empty bottle will not hurt. Their improvement is too great, so when we set off in the morning, our team was still immersed in the victory of the previous day, and we saw the momentum of the peer-to-peer innovation version of “condensing into a rope”, and we have already felt awkward in our hearts! The opponent has already defeated us, we are still blindly optimistic, and still immersed in the joy of small gains! 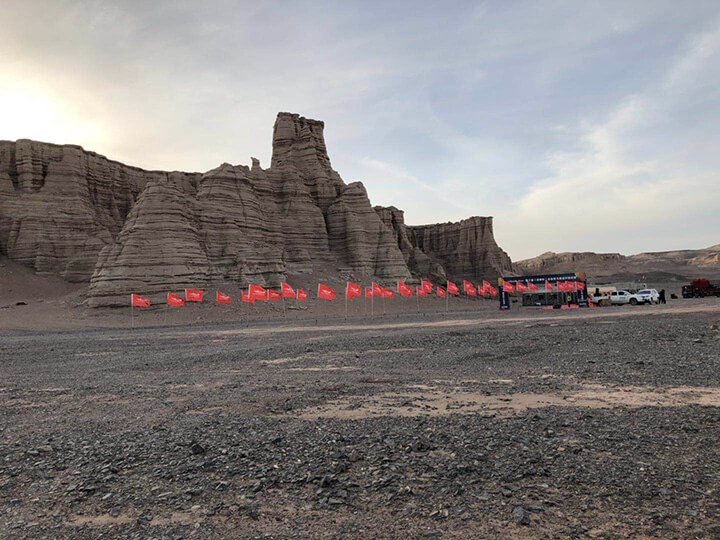 Life is impermanent, not to compare, adjust the right direction, calm down, empathize, work hard, live hard, use your best attitude, diligence, down-to-earth, integrity, uprightness, positiveness, and dedication Colleagues and best friends around!

Going hand in hand is a bright future!

We often say that the LED industry is difficult, which industry is not difficult? Therefore, XSY and my guests maintain their confidence, work hard and change innovation, and work hard, I believe we can achieve the final victory!

The blog was written by President Lee of XSY with personal experience, edited by Tina Chen.